Crossing a hanging forest to discover that it consists of 3,000 plastic colanders, listening to the melody produced by an orchestra made of weapons, sitting on a chair that thanks to glass and fabric has changed its original form, imagining oneself all alone in the middle of the sea, clinging to a gigantic boa. These are a few of the projects by Choi Jeong-hwa, Didier Fiuza Faustino, Martino Gamper and Pedro Reyes, four Transformers that are at once artists, designers and social activists.

Through the works of these four creators, reality is transformed into another reality, which sparks the imagination, stimulates reflection, encourages sharing, experience, and looking beyond.

Our world is in transformation, it is a combination of analogue and virtual reality that is redrawing our ways of living.
The notion of the transformer is visible everywhere,representing the human-machine and redefining humanity with technology. Faced with this fundamental change, revolutionary attempts are being carried out by numerous creators to respond to the challenge, both through resi stance and through innovation.

Together with the participation of the public, four “transformers”, coming from different parts of the world, form a visionary and mind-opening exhibition at MAXXI.

The Korean Choi Jeong-Hwa, inspired by folk wisdom and popular aesthetics, transforms “art and architectural installations” into provocative manifestations for “good values” and a “happy life”.

The French-Portuguese Didier Faustino challenges our conventional spatial consciousness and behaviour by designing devices that force us to confront our own physical and mental limits in a new social reality that is driven by tensions between social urgency and claims to freedom.

In Europe, the culture of collaboration known as DIY (Do-It-Yourself) is adopted by the Italian Martino Gamper, who reinterprets the idea of making through recycling and reinventing.

The Mexican Pedro Reyes encourages social interactions to move in new directions with realism and peace as a way to resist violence and war. 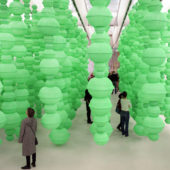 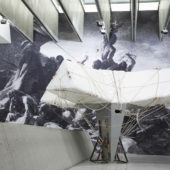 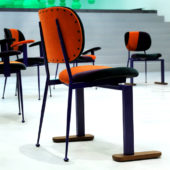 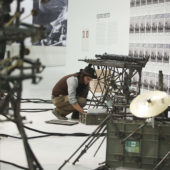 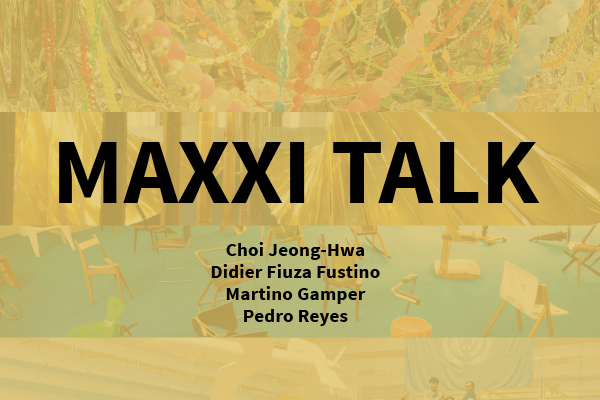 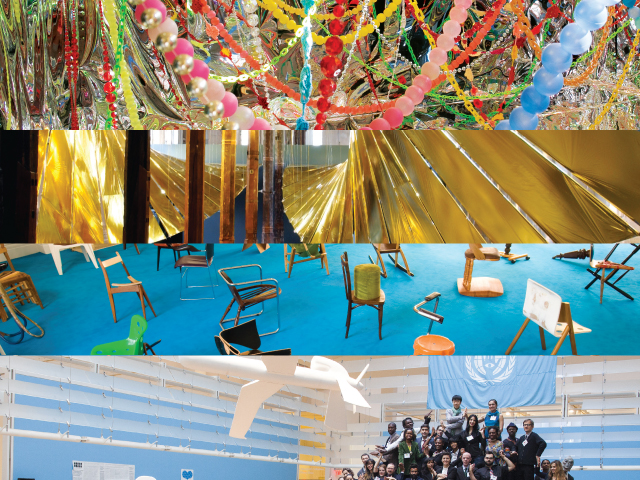 Potential for Transformation How to become independent 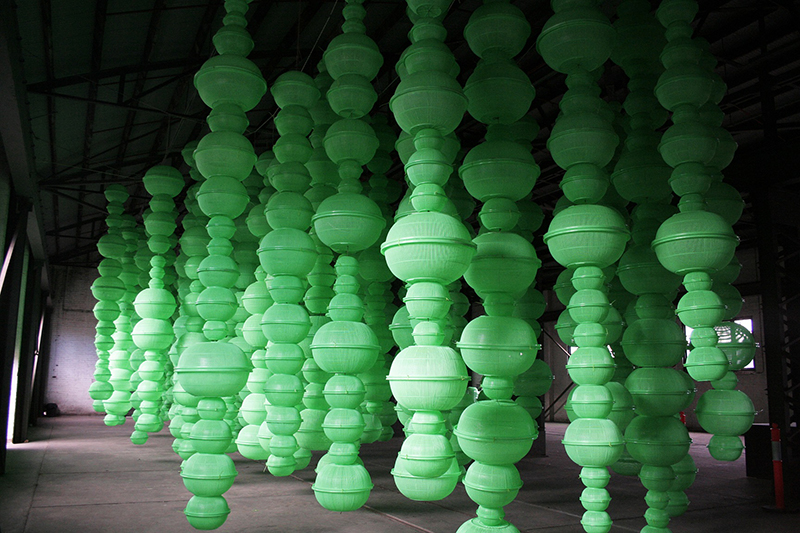 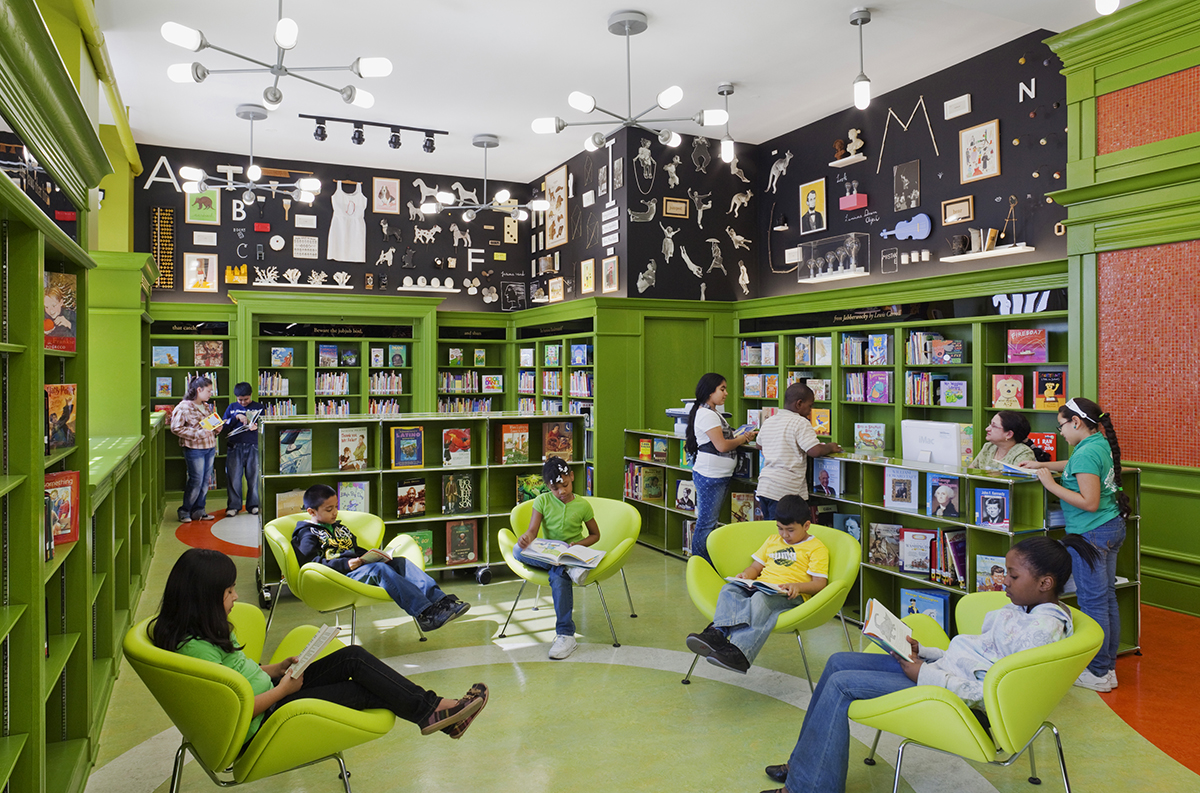 Conversations Michael Bierut, with Domitilla Dardi. How to use graphic design to transform organizations, institutions and lives

The visitor is welcomed, in the museum forecourt, by the installation Golden Lotus by Choi Jeong-hwa, a gigantic plastic flower with golden petals measuring 10 meters across, which inflate and deflate to reproduce the idea of breathing. On display in the galleries inside the museum are three other spectacular works by the artist: Hubble Bubble, a hanging green forest which the public can enter, explore, get lost in; the installation Life Life, made from long colored balloons that is renewed each day as they gradually drop, deflate, and burst, and also thanks to the participation of the visitors, who can blow up some more and add them to the rest.

“My art is your heart,” is the motto of this artist who works with everyday materials and objects and transforms them, discovering the hidden value under the surface of the objects, drawing inspiration from the harmony and chaos of the urban environment. 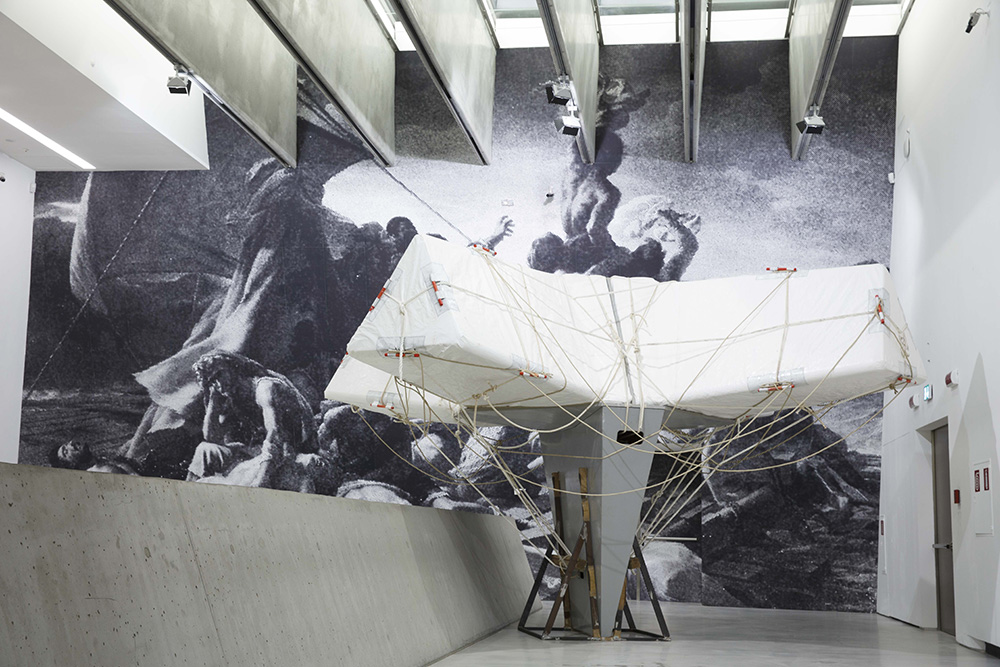 Lampedusa is a site-specific installation by Didier Fiuza Faustino, artist and architect who explores the intimate and intensive relationship between the social conditions of the body and the production of space. This work, which ends the exhibition, is a gigantic polyester boa to which to cling to in order to survive, located opposite a large reproduction of Géricault’s Raft of the Medusa. Equally strong and disconcerting is the work Body in Transit, a box designed to be hung from the landing gear of an airplane, a small amount of space in which to transport clandestine immigrants, a “design” work that makes a statement, presented at the Venice Biennale and currently in the permanent collection of the Centre Pompidou. The very last work exhibited is Exploring Dead Buildings 2.0, an installation the artist set up in Havana, in the utopian building designed by Italian architect Vittorio Garatti in 1961-65 for a dance school that never opened. Thanks to Faustino’s intervention, the dilapidated building was given new life. 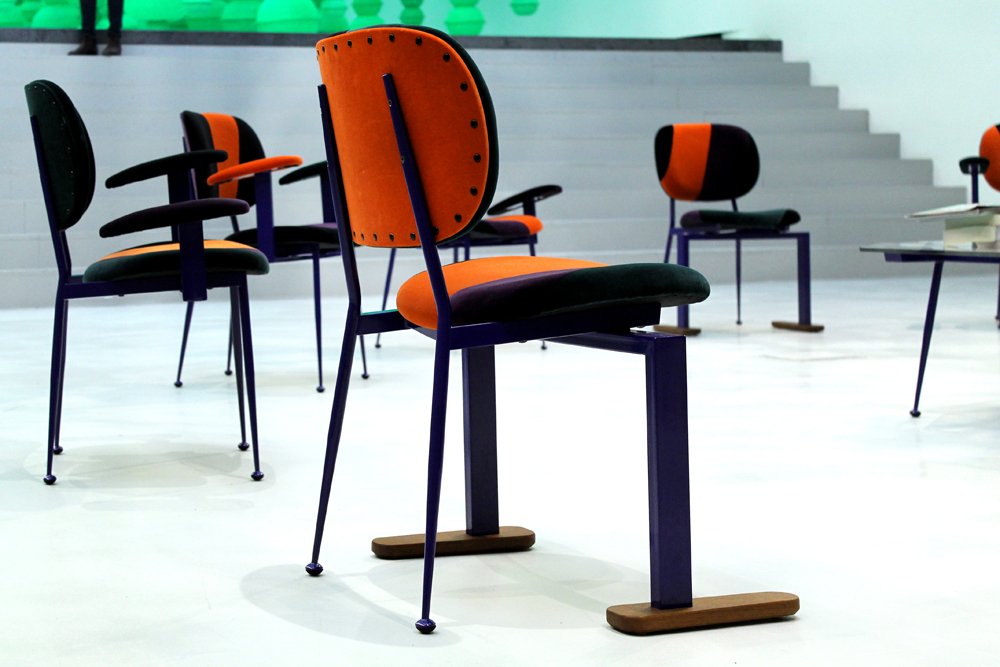 Continuing along the exhibition visitors will meet Post-Forma , a special collection of chairs trasformed with fabric and blown glass inserts. This is the project of Martino Gamper, whose work arises on the border between art and design, a work that emphasize the work-in-progress and social participation. The chair implies rest, sociability, dialogue, exchange. MAXXI’s public may use Gamper’s chairs to sit, thus activating such relationships.

Post Forma has been made possible thanks to Franco Noero Gallery 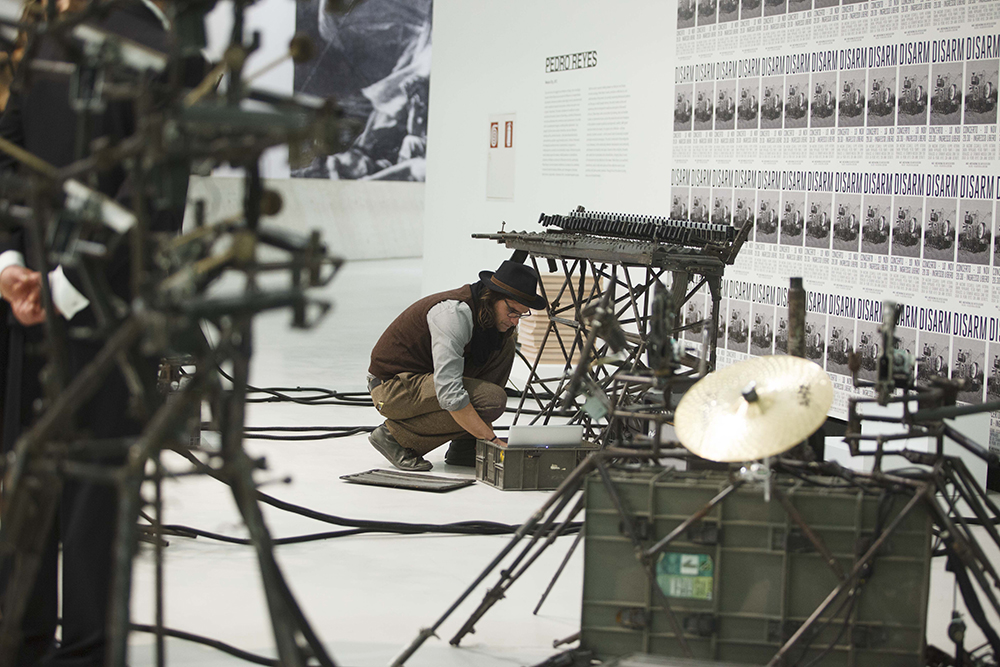 Although they symbolize violence and aggressiveness, they can also become music and convey a message of peace. Thus Pedro Reyes, who trained as an architect and loves to explore spaces and defy conventions, transforms guns and rifles into a mechanical orchestra. The installation Disarm is made from the remains of weapons gathered and destroyed by the Mexican army. Also on view are Disarm Instruments: five sculptures also made with weapons, which reproduce musical instruments like the guitar, xylophone, Pan flute, and rainstick. To complete the work and further stimulate thought, Reyes will create a newspaper with data, numbers, and disconcerting information about the making and trafficking of arms.

Disarm has been made possible thanks to Lisson Gallery