A great gilded monolith, a televisual carousel, an overlaying of architectures and a cosmic landscape: the site-specific installations of the finalists of the Premio MAXXI 2016 – Riccardo Arena, Ludovica Carbotta, Adelita Husni-Bey and ZAPRUDER filmmakergroup – on the basis of which an international jury, composed by Hou Hanru, Adelina von Fürstenberg, Matteo Garrone, Francesco Manacorda, Anna Mattirolo e Elena Kontova, will chose the winner of this edition.

The work of the winning artist will subsequently be acquired as a valuable part of the museum’s permanent collection. The exhibition will begin with the film Zeus Machine by Zapruder, , inspired by the Twelve Labours of Hercules, reflects on the identity of modern society through the reinterpretation of the legend. It then continues with La Luna in Folle by Adelita Husni–Bey, an installation conceived as a television set in which the contents of some of the best-known programmes are reworked by local theatrical companies. Ludovica Carbotta presents Monowe (the City Museum) a fragment of an imaginary building, a museum within the museum, in which fiction and reality are combined in an atemporal scenario. The exposition then concludes with Orient 1 — Everlasting Sea by Riccardo Arena, , an atlas without geography that explores a “terra incognita”, combining as mirror images the lunar and terrestrial cartographies, overturning distances and landscapes.

WINNER
The winner of the eighth edition of the Premio MAXXI is the collective ZAPRUDER filmmakersgroup: D: David Zamagni, Nadia Ranocchi and Monaldo Moretti with the work Zeus Machine:
For the solid creative process, the completeness and the maturity of a work capable of traversing the idioms of performance, theatre, design and film as a sign of its roots in Italian culture; for the capacity for overcoming geographical limits, transforming a local identity into a universal message in an experimental and innovative manner.

MENZIONE SPECIALE
The Special Mention goes to Ludovica Carbotta, with the work Monowe (the City Museum):
For the maturity achieved in the interpretation of the museum space, reconsidering its role and function; for the research into materials that has allowed them to become the expression of an idea, of a concept; for the powerful evocation between a physical place and an imaginary territory.

IL PREMIO IN QUINDICI ANNI
The Premio MAXXI, created to nurture the development of young Italian art, is now in its in 15th year and on the occasion of this anniversary the exhibition of the finalists has been enriched with a documentary section devoted to the eight previous editions featuring archive materials, photographs and videos from the museum, from Mibact and from the Archivio Careof, regarding the 35 artists who from 2001 to the present have participated in the prize. 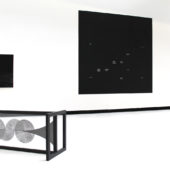 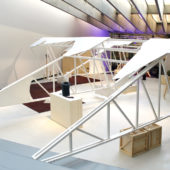 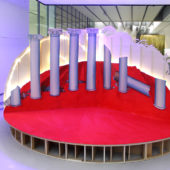 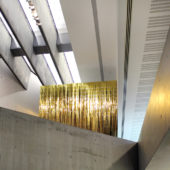 This exhibition is part of
MAXXI Bulgari Prize 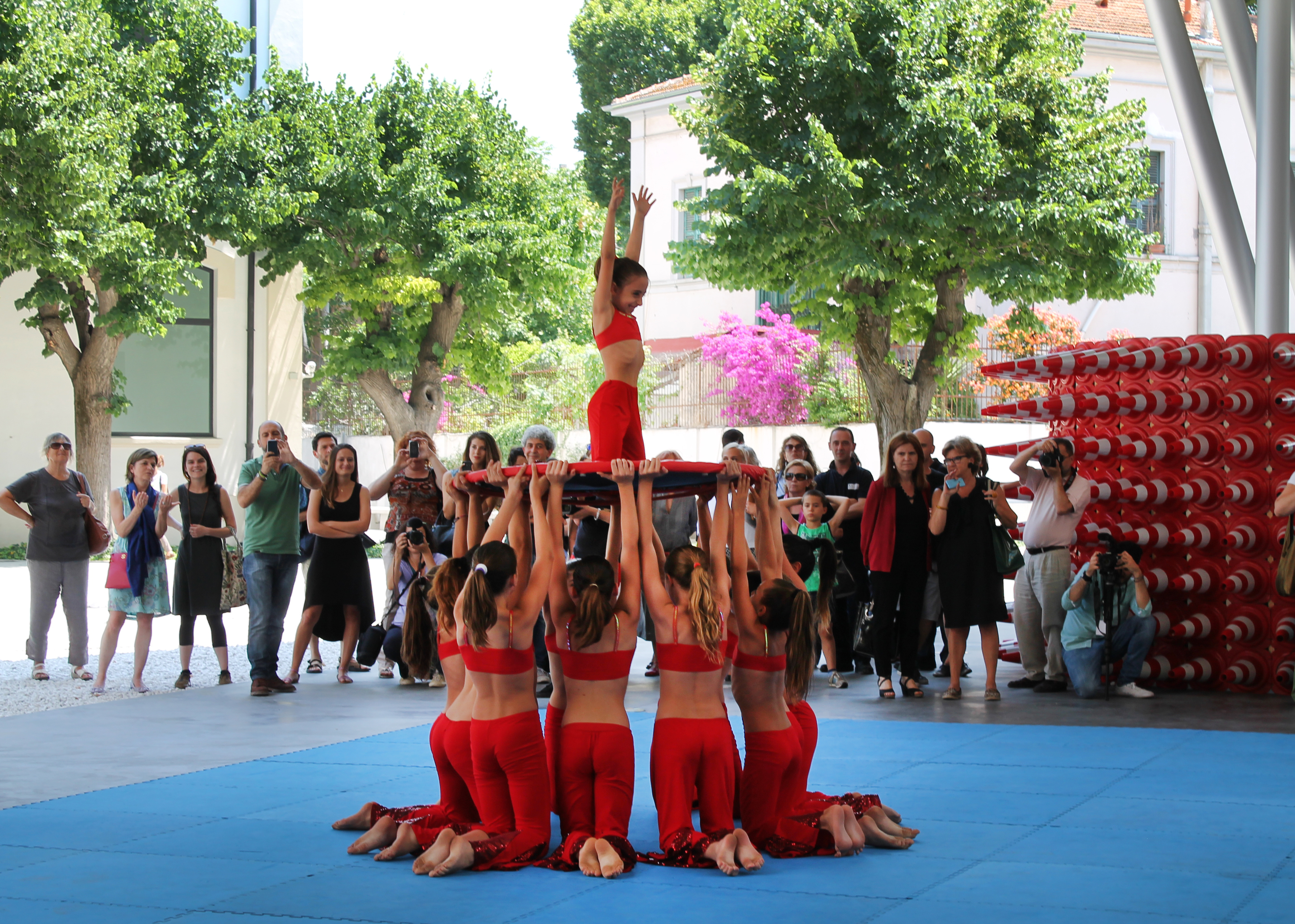 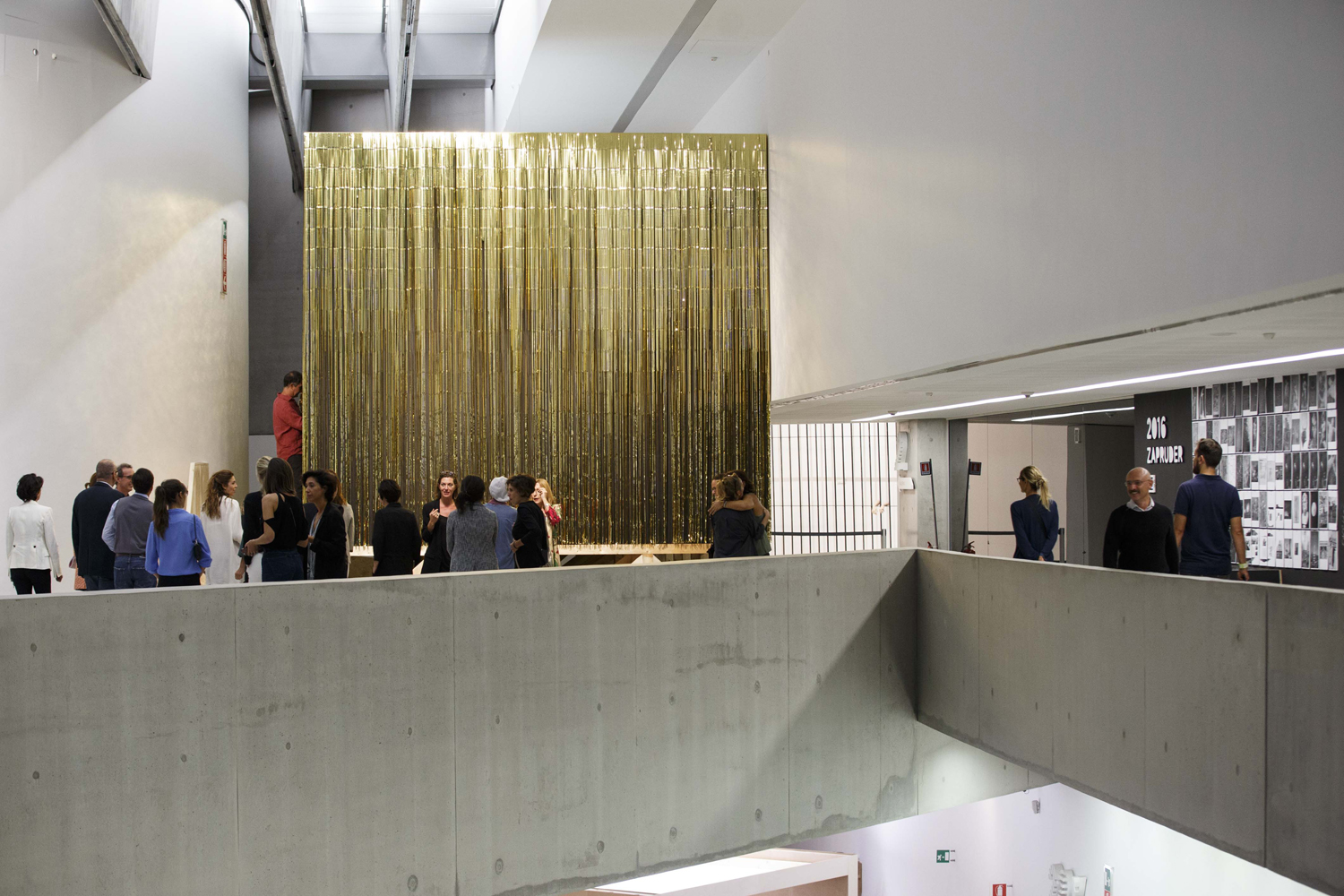 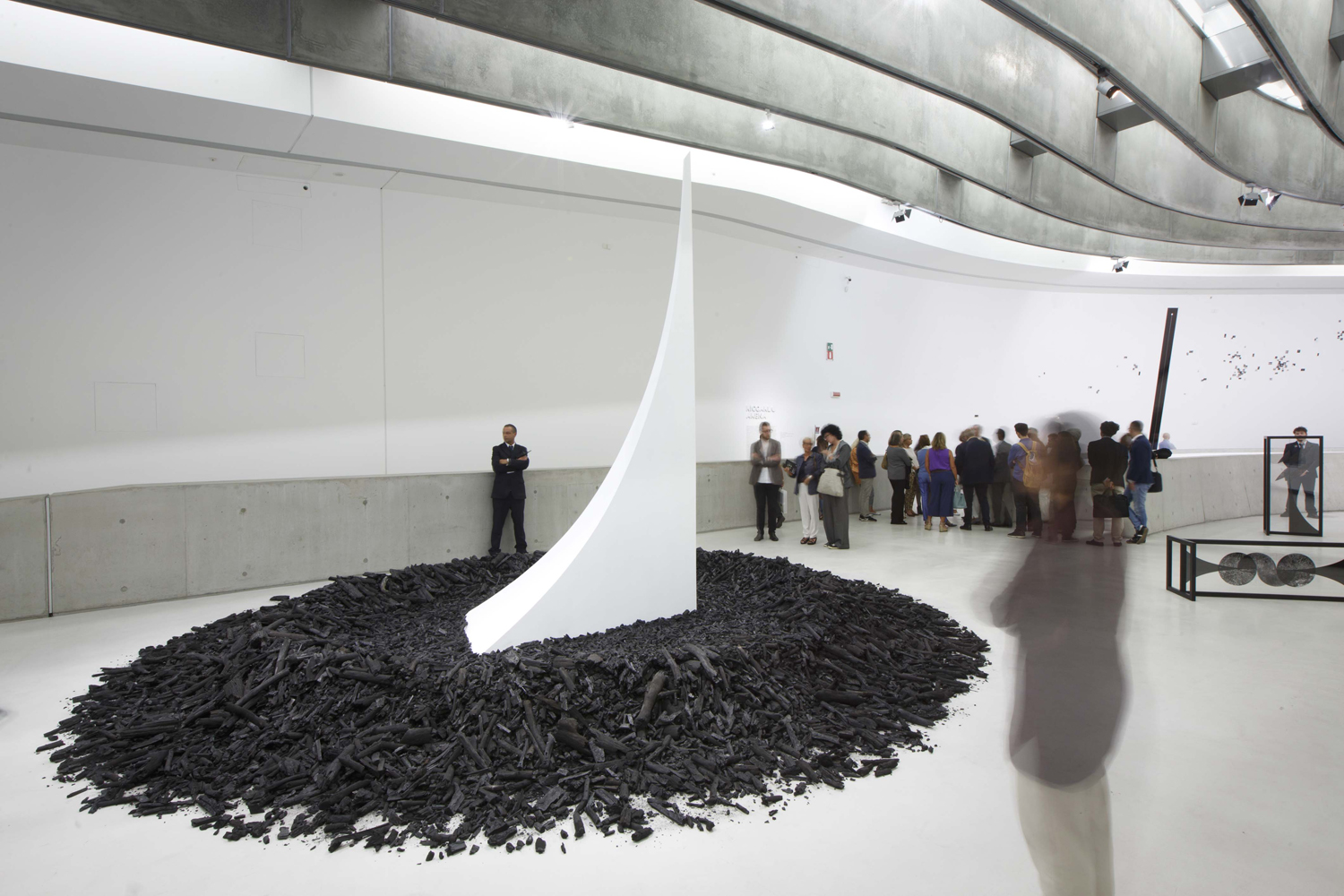 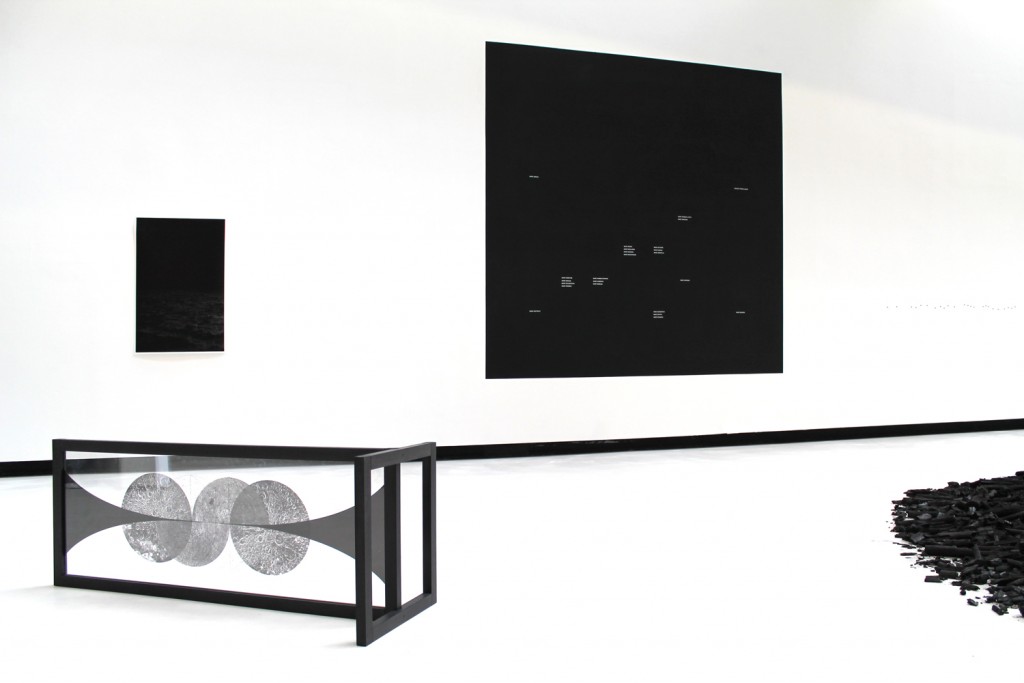 Selected by Emma Zanella, MA*GA Museum
Orient 1 — Everlasting Sea (2016) comes from his latest research in Russia, and in particular from cosmism, the philosophical movement that started in the mid–nineteenth century and theorised the absolute dominion of the new man over natural forces, with the goal of achieving resurrection and immortality through colonisation the cosmos. Taking inspiration from this, Orient 1 contemplates the exploration of a ‘terra incognita’ that, by merging a mirror image of lunar cartography on that of the Earth, forms an atlas without geography in which distances and landscapes are reversed. A sculpture that reproduces the monument dedicated to Russian cosmonauts rises up from a coal crater; a painting on the wall refers to Kazimir Malevich’s Suprematist Square; pictures show boats adrift on dark lunar oceans, while musical notes from Modest Mussorgsky’s opera Boris Godunov (used as a secret code for Russian aerospace launches) take us into an inscrutable era. In this work, Arena gives form to man’s age–old striving towards the unknown, reflecting on the indecipherability of the forces that guide our wanderings. 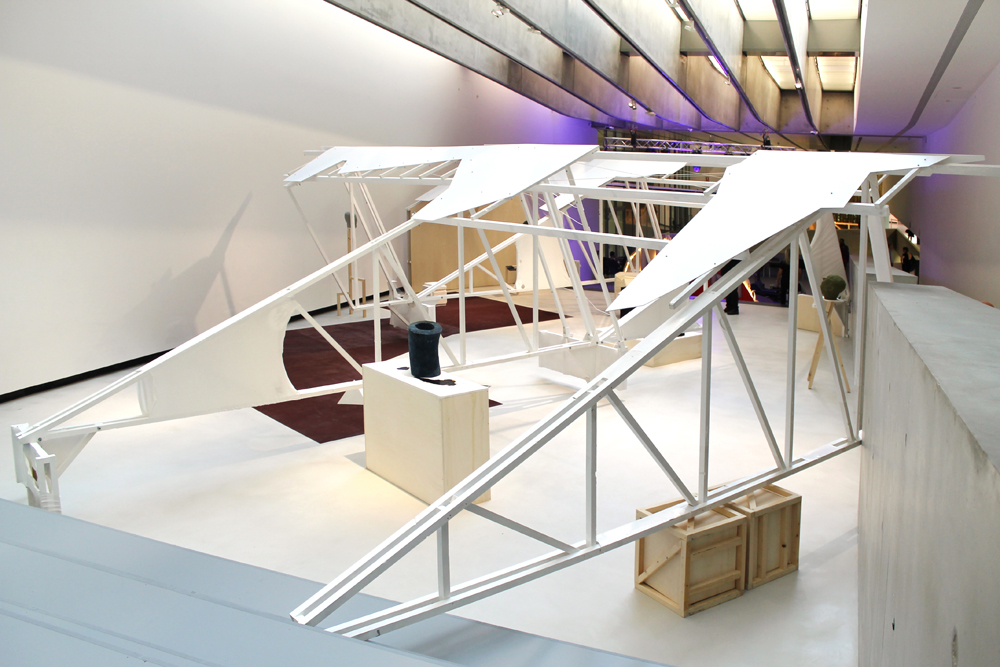 Selected by Francesca Comisso (a.titolo)
In a balance of reality and fiction, Ludovica Carbotta’s works combine installations, texts and actions to reflect on the concepts of place, identity and participation. In particular, she explores what she calls ‘fictional site specificity’, which is a form of interaction between a physical place and imaginary lands. For the Premio MAXXI, Carbotta superimposes on the architecture of the Museum the fragment of an imaginary building inspired by the shapes of the Caserma Montello, the barracks that once stood where MAXXI is today. Wooden parts covered packaging fabric recall the roofs of the pavilions built in the early twentieth century (which stood on this very spot), while at the same time suggesting the set for some ‘futuristic’ place — a museum within the museum. Here, the only ‘inhabitant’ of Monowe brings to life the works that, in a balance between recollection and oblivion, are inspired by the great works of the past. Monowe (the City Museum) on the one hand tells of the lost time of history and of the loneliness of today’s hyper–connected individual, and on the other is an invitation to start out from the individual as the measure of all things. 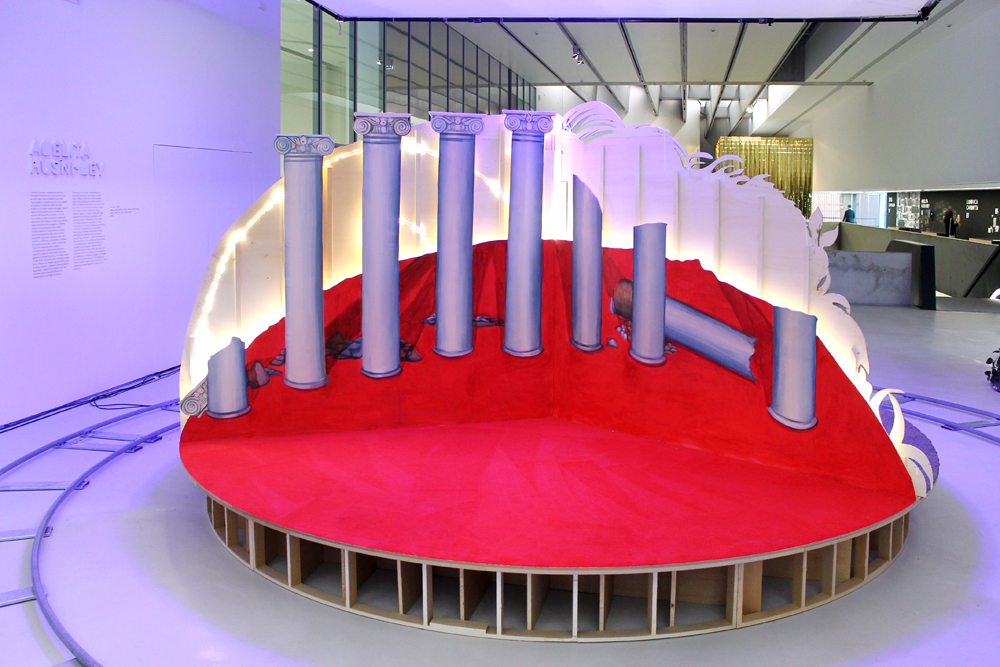 Selected by Andrea Viliani, MADRE Director
The analysis and counter–representation of dominant ideologies in our society are at the heart of Adelita Husni–Bey’s artistic research. Using radical pedagogical models inspired by anarcho–collectivist education, a current of social anarchism, her projects focus on micro–utopias and on the processes involved in forming a collective memory. La Luna in Folle takes inspiration from the world of television, which continues to play a central role in the creation of the Italian collective imagination. For the Premio MAXXI, the artist is showing an installation in the form of a television set, where actors from young local theatre companies critically reformulate the content of the most popular programmes. The series — which is performed on the opening day of the exhibition and later shown in the exhibition set — illustrates the situations typically found on popular television shows: a political debate, a reality show and a talk show. In this work, the artist continues her investigation of contemporary educational models, and through the collective work of the actors, she talks to us about a society in which reality and fiction are now dangerously mixed together in a tragic form of dualism. 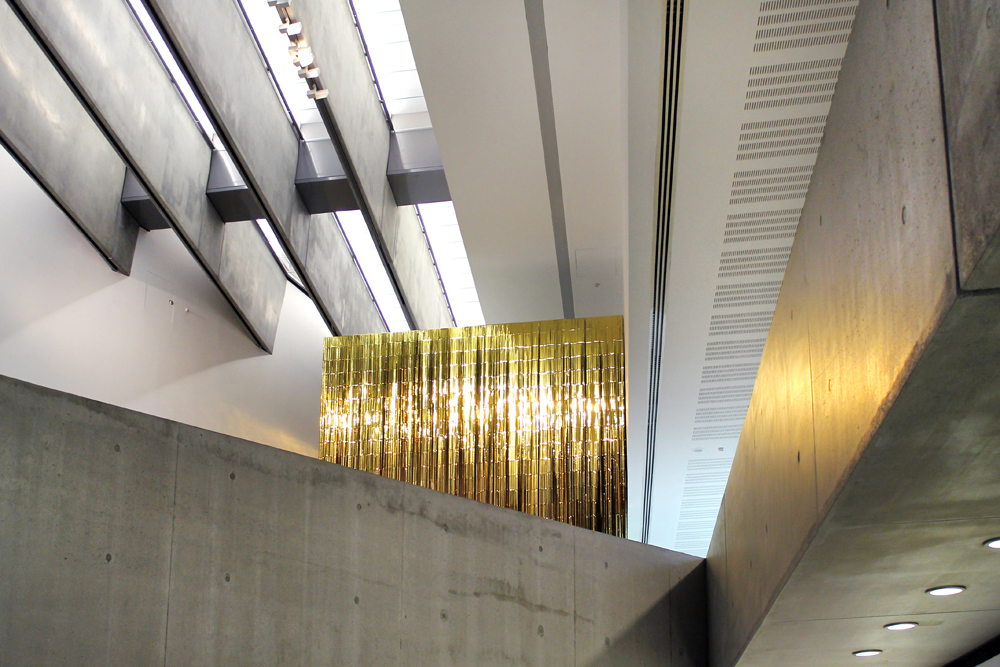 Selected by Gianfranco Maraniello, MART Director
The collective, consisting of David Zamagni, Nadia Ranocchi and Monaldo Moretti, is notable for its film production that is never conventional. At times it adopts the technique of stereoscopic films — giving an illusion of three–dimensionality — at others that of expanded cinema, in which film and object become as one. Zeus Machine came from and was developed around a script written by the collective for their forthcoming film of the same name, which is based on the ‘Twelve Labours of Hercules’. The idea of the ‘mythological machine’, a term coined by the historian and theorist of religion Furio Jesi (1941–1980), helps illustrate how each myth, with its mix of violence and domination, is often a myth about power. What we see in shining gold in the MAXXI gallery is a video sculpture, a symbol of the mysterious sacredness of Zeus, the god who decides all things and who is capable of all things. Inside it, a movie in a number of acts tells of the powers of myth with a light, humorous touch. With their profound, intelligent approach to cinema, the artists bring together different times and spaces, interweaving myth, mystery and politics, and using myth as a means to reflect on the identity of modern societies.