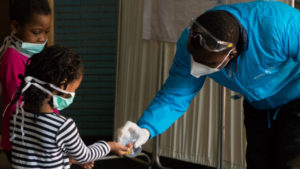 How many stories are to be found in our history? Some have been erased, rewritten or forgotten. How should they be told and by whom?

History and time, memory and the artist’s role in society are just some of the major themes tackled in the work of Kemang Wa Lehulere, the Deutsche Bank’s Artist of the Year 2017, whose first solo show in Italy is being presented by MAXXI together with Deutsche Bank.

Bird Song is a unitary project focusing on the dialogue between the works of Kemang Wa Lehulere and those of Gladys Mgudlandlu (1917-1979) who in the Sixties was one of the first black artists to exhibit their work in a gallery in South Africa: landscapes and numerous birds, which earned her the nickname “Bird Lady”.
Kemang Wa Lehulere, who grew up in the same quarter in Gugulethu, searches for traces of those paintings, bringing to light a number that inspired this project.
The works of the two artists establish a dialogue of back-and-forth references: We Lehulere places his works alongside those of Gladys Mgudlandlu, allowing the works themselves to comment on and respond to one another.